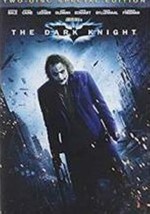 The Dark Knight Dvd added to cart. 2 available in stock 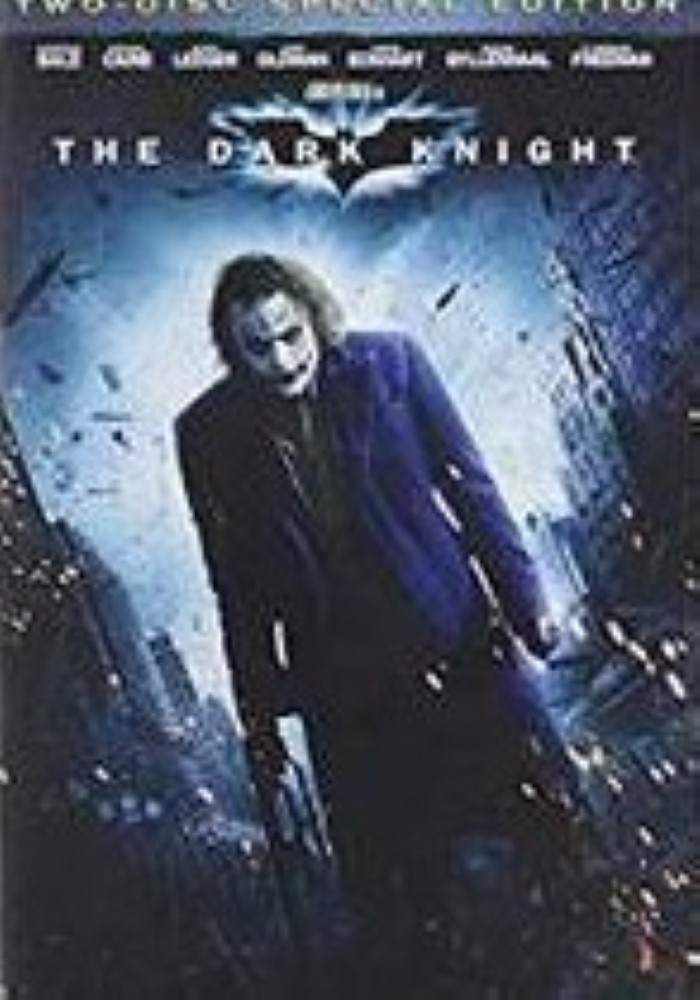 To say that Christopher Nolan's THE DARK KNIGHT is the best comic book adaptation does the film a bit of a disservice. It may be a Batman film, but this isn't a kid-friendly action movie full of the bams and pows of the original series. This is a pitch-black thriller with enough drama and tragedy to please even William Shakespeare, but it will certainly keep both comics fans and uninitiated audiences equally happy. THE DARK KNIGHT starts in the wake of BATMAN BEGINS: with the appearance of Batman (Christian Bale), Gotham City's criminal underworld is unnerved. They're also plagued by the new D.A., Harvey Dent (Aaron Eckhart), who, in his quest for justice, remains above the city's corruption. Enter a new villain, the Joker (Heath Ledger), who wants to unite the criminals for a common purpose: to kill Batman.THE DARK KNIGHT is one of the most hyped movies to date, and a lesser film would be crushed under the weight of all that expectation. Some of the publicity stems from the early death of Ledger, who turns in an excellent performance. He provides moments of humor, but this Joker is terrifying, sharing more with classic villains such as Hannibal Lechter than with his comic book predecessors. Eckhart is equally good as Dent, and Maggie Gyllenhaal deserves praise for taking over the role of Rachel Dawes from Katie Holmes. Though there's more emphasis on plot and character development than in most comic book adaptations, that doesn't mean Nolan has skimped on any of the action sequences. Each set piece is done perfectly, leaving the audience breathless. THE DARK KNIGHT is filmmaking at its best; its subject matter may be dark and depressing, but it's tough not to feel exhilarated by its artistry when the credits begin to roll.