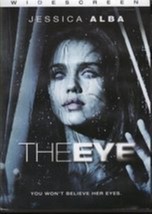 The Eye Dvd added to cart. Only one available in stock 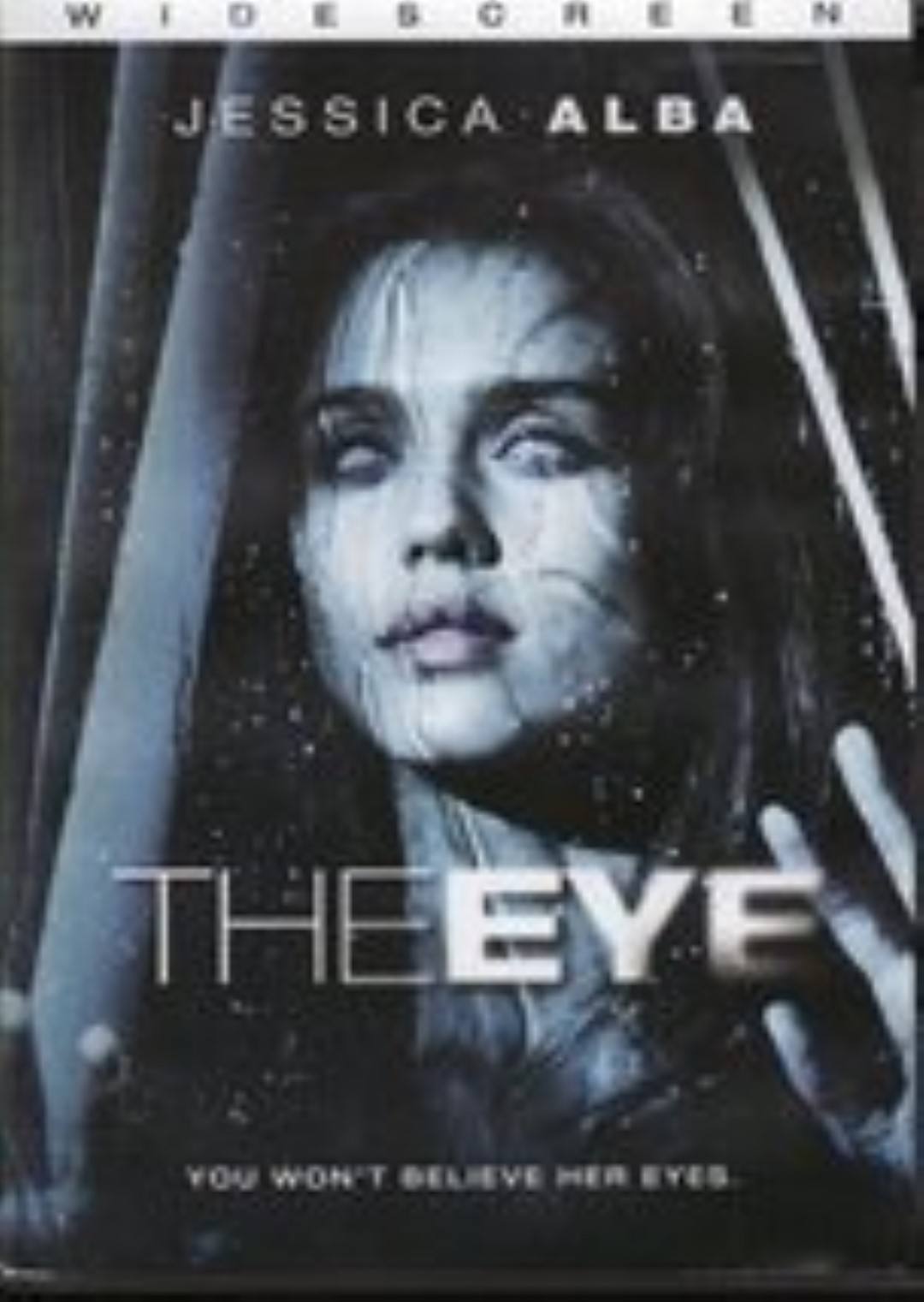 The Eye
THE EYE adapts the influential 2002 Hong Kong ghost tale by the Pang brothers into a star vehicle for Jessica Alba. While it remains faithful to the original story, this version ups the number of jolts for thrill-seeking Western audiences. Writing/directing team David Moreau and Xavier Palud, creators of the popular 2006 French thriller THEM, make their U.S. debut with a screenplay by Sebastian Gutierrez (SNAKES ON A PLANE), putting a few new twists on a cult favorite.Concert violinist Sydney Wells (Alba) has been blind since she was five, when an accident involving firecrackers damaged her corneas. Now in her mid-20s, she has just undergone a transplant, a risky procedure that is not always successful. When the bandages come off, her sight slowly returns, and everything she sees is a new experience. A happy occasion becomes terrifying, though, when she begins to see horrifying visions of the dead. Fearing that she's losing her sanity, she enlists the help of Dr. Paul Faulkner (Alessandro Nivola), who uncovers the identity of the donor of her new corneas and travels with her to Mexico to unravel the mystery of her horrific visions. Spare and effective, THE EYE retains the two most startling sequences from the original film--a truly chilling floating dead man in an elevator and an elaborate, explosive set piece at the conclusion. Moreau, Palud, and Gutierrez jazz the story up in other spots, with quick scares, sharp music cues, and twitchy apparitions reminiscent of those in JACOB'S LADDER, but the essence remains the same. Alba is fine as damsel in distress Sydney, and the always-enjoyable Parker Posey is uncharacteristically low-key as her airline hostess sister. With no gore or anything else objectionable, the film may also be good choice for younger viewers who enjoy a good scare.
dvd27-00042-vg
All used  disks are professionally refurbished and test played before shipping and will play  well in most machines.