The Fast and the Furious Dvd 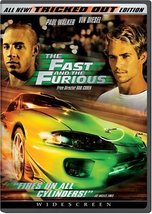 The Fast and the Furious Dvd added to cart. 4 available in stock 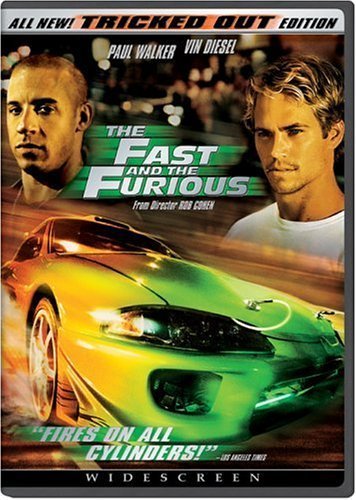 The Fast and the Furious Dvd
THE FAST AND THE FURIOUS is a nitro-burning joyride that makes outstanding use of special effects, innovative camera work, and a nonstop throbbing soundtrack. From the opening sequence--a high-speed, high-tech truck robbery--the film never drops below the red line. Roaring along at breakneck speed, Dom (Vin Diesel) and his crew meet on the streets of L.A. each night to show off their high-powered racers. When new guy Brian (Paul Walker) wants to add his fuel to the fire, he can't cough up the cash to race, but offers up his car as collateral. In their tiny jacked compacts, Dom, Brian, and Edwin (Ja Rule) burst into a high-gear race with Brian nearly beating perennial champion Dom. But in the final moments, he loses the race and his car. Brian's debt is quickly cleared, however, when he saves Dom both from the cops and from a potentially violent encounter with Johnny Tran (Rick Yune), a rival gang lord. Dom takes Brian under his wing--a decision that disgusts his gang but delights his sister Mia (Jordana Brewster). The gang never suspects that Brian is not who he seems: he is actually an undercover cop, and though he wishes otherwise, he's there to bust Dom for committing the armed truck robbery witnessed in the opening scene.
dvd75-00015-vg
All used  disks are professionally refurbished and test played before shipping and will play  well in most machines.