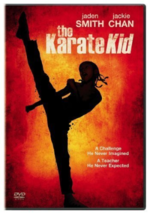 The Karate Kid Dvd added to cart. Only one available in stock 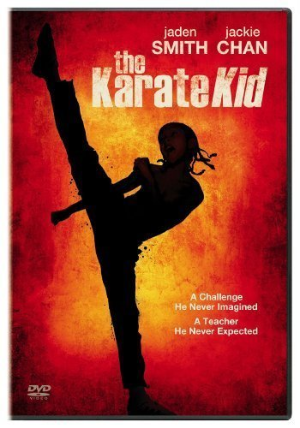 In 1982, 15-year-old Daniel LaRusso moves with his mother Lucille from Newark, New Jersey to Reseda, Los Angeles, California. Their apartment's handyman is an eccentric but kindly and humble Okinawan immigrant named Kesuke Miyagi.

Daniel befriends Ali Mills, an attractive high school cheerleader, which draws the attentions of her arrogant ex-boyfriend, Johnny Lawrence, a skilled practitioner of "Cobra Kai", an unethical and vicious form of karate. Johnny and his Cobra Kai gang continually torment Daniel, savagely beating him until Mr. Miyagi intervenes and single-handedly defeats the five attackers with ease. Amazed, Daniel asks Mr. Miyagi to be his teacher. Miyagi refuses, but agrees to bring Daniel to the Cobra Kai dojo to resolve the conflict. They meet with the sensei, John Kreese, an ex-Special Forces Vietnam veteran who callously dismisses the peace offering. Miyagi then proposes that Daniel enter the All-Valley Karate Championships, where he can compete with Johnny and the other Cobra Kai students on equal terms, and requests that the bullying cease while Daniel trains. Kreese agrees to the terms, but warns that if Daniel does not show up for the tournament, the harassment will resume on Daniel and Miyagi.

Daniel's training starts with menial chores that he believes only makes him Miyagi's slave. When he becomes frustrated, it is explained that these actions have helped him to learn defensive blocks through muscle memory. Their bond develops and Miyagi opens up to Daniel about his life that includes the dual loss of his wife and son in childbirth at Manzanar internment camp while he was serving with the 442nd Infantry Regiment during World War II in Europe, where he received the Medal of Honor. Through Mr. Miyagi's teaching, Daniel learns not only karate but also important life lessons such as the importance of personal balance, reflected in the principle that martial arts training is as much about training the spirit as the body. Daniel applies the life lessons that Miyagi has taught him to strengthen his relationship with Ali.