The Moneychangers by Hailey, Arthur 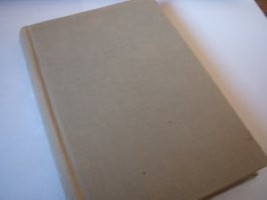 The Moneychangers by Hailey, Arthur added to cart. Only one available in stock 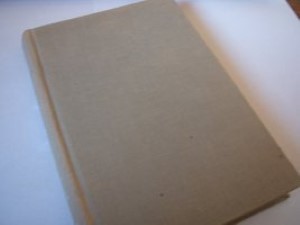 The Moneychangers by Hailey, Arthur

As the novel begins, the position of CEO of one of America's largest banks, First Mercantile American (very loosely based on the Bank of America, although it is located in a Midwestern American city loosely drawing mostly from Cincinnati, Ohio (during the first 5 chapters of the book, it only describes the bank's location as a state in "the Midwest" and the state itself is never identified) is about to become vacant due to the terminal illness of Ben Roselli, the incumbent chief, whose grandfather founded the bank.

Two high-ranking executives groomed for the succession begin their personal combat for the position. One, Alex Vandervoort, is honest, hard-charging, and focused on growing FMA through retail banking and embracing emerging technology; the other, Roscoe Heyward, is suave, hypocritical, and skilled in boardroom politics, and favors catering more to business than to consumers. Heyward lives in a "rambling, three-story house in the suburb of Shaker Heights," Cleveland, Ohio.[1]

Many characters and plot lines interweave. Senior bank teller Miles Eastin is discovered to be defrauding the bank whilst casting guilt on another teller, a young single mother named Juanita Nunez. He is dismissed, arrested, and convicted. In prison, his knowledge of counterfeiting brings him to the attention of a gang of credit card forgers, who offer him a job on his release. Owing money to loan sharks, and desperate not to have to go to work for a criminal organization, he tries going back to his former employer to ask for some kind of job. Nolan Wainwright, the bank's Head of Security, obviously won't hire him to work directly for the bank, but with the approval of higher management, is allowed to pay Eastin to go undercover as an affiliate of the forgers and secretly report back details of their operation to Juanita Nunez, who had forgiven him after he came to see her and apologize for what he did. She agrees to be the "cut-out" whom Eastin will contact, and she will report back what he tells her to Wainwright. Eastin is discovered to be a planted spy by the criminal organization and tortured, only to be rescued in the nick of time as a result of Juanita being captured by the forgers and forced to identify Eastin. She is released, but uses her photographic memory to count the amount of time she spent blindfolded in the car and the movements it made, and as a result is able to lead police to the safe house where Eastin was being held and tortured. At the end, Eastin, Juanita and her daughter, Estella, move out of the state where both get new jobs. Also featured is Edwina D'Orsey, the head of FMA's flagship downtown branch, through whom a reader gains much insight into day-to-day branch banking, and her husband, Lewis, who writes a financial newsletter.