The Rachel Papers Dvd added to cart. Only one available in stock 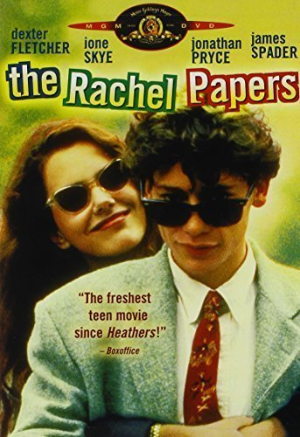 Nineteen-year-old Charles (Fletcher) is a highly self-confident and intelligent teenager about to attend Oxford University. Before he does he intends to use all his charm and charisma to seduce a beautiful American girl, Rachel (Skye). Charles becomes infatuated with Rachel, and after numerous rebuffs he eventually forms a friendship with her. Things become complicated, however, and his strategy is threatened. Rachel already has a boyfriend, DeForest (Spader); however, he is a control freak who treats her badly. With help from his sister Jenny (Sharp), his eccentric brother-in-law Norman (Pryce) and best friend/mentor Geoff (Harris), Charles eventually lures Rachel away from DeForest, and his father Gordon (Paterson) is impressed with Charles' new quarry; however, as the unlikely relationship develops, Charles discovers that his seemingly "perfect" woman has numerous bad habits and personality traits, just like all of the other "lesser" girls he has previously seduced. Angered by some of Rachel's habits, Charles becomes bored and is seduced by, and later sleeps with, his old flame Gloria (Skinner), ending his relationship with Rachel, who subsequently moves to New York. Charles still ends up going to Oxford University, but he does not enjoy his time there, feeling that his life is missing something following the end of his relationship with Rachel. Rachel and Charles accidentally meet up again in a museum and spend the whole day together, but at the end, Rachel kisses him only on the cheek, and leaves. We hear Charles in voiceover saying that he tried to remember William Blake's quotation about love being eternal, so that he could say it to Rachel, but was unable to.

Disc's are also repackaged (labeled refurbished) and suitable for gifts.