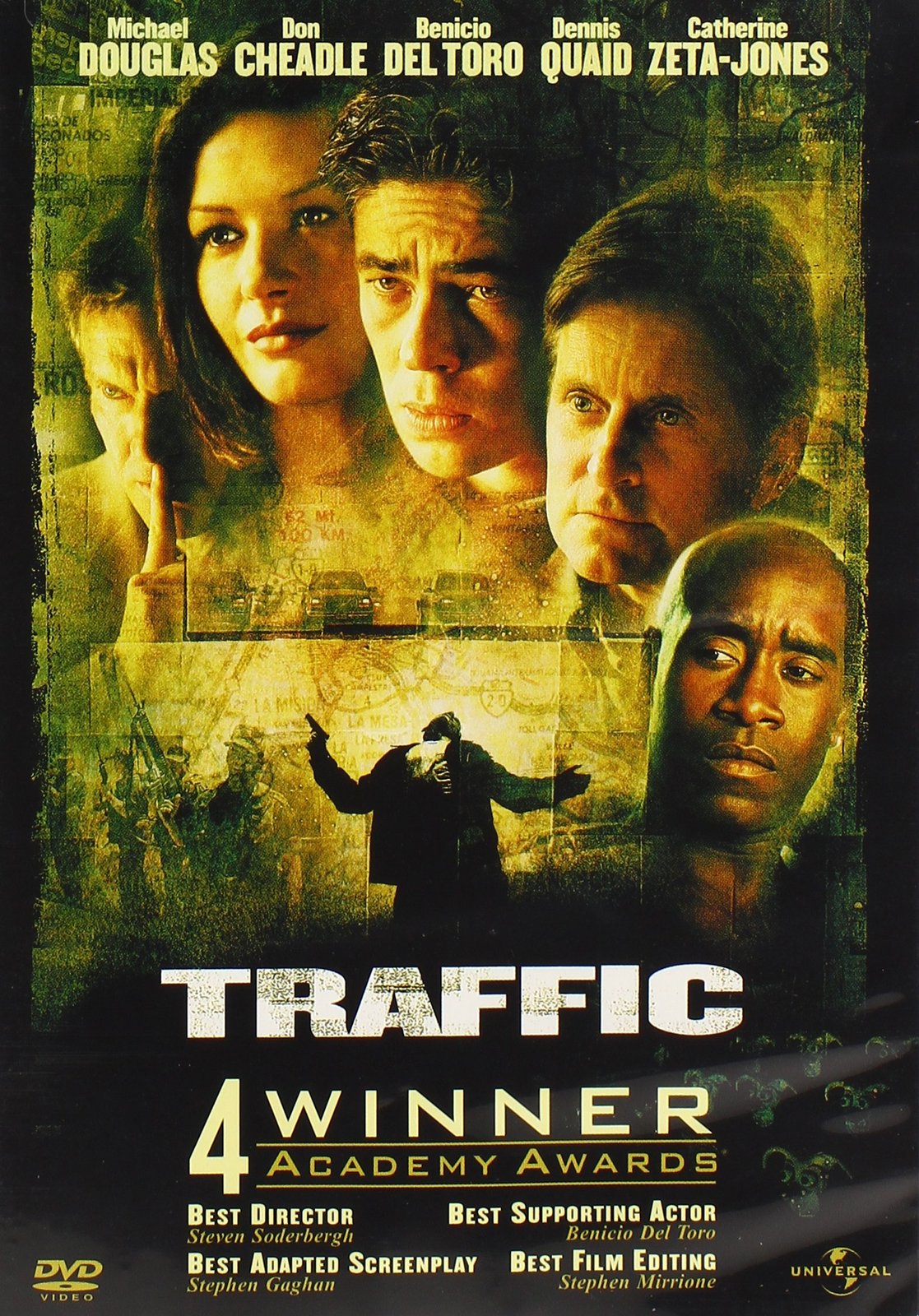 It's the high-stakes, high-risk world of the drug trade as seen through a well-blended mix of interrelated stories: a Mexican policeman (Benicio Del Toro) finds himself and his partner caught in an often deadly web of corruption; a pair of DEA agents (Don Cheadle and Luis Guzman) work undercover in a sordid and dangerous part of San Diego; a wealthy drug baron living in upscale, suburban America is arrested and learns how quickly his unknowing and pampered wife (Catherine Zeta-Jones) takes over his business; and the U.S. President's new drug czar (Michael Douglas) must deal with his increasingly drug-addicted teenage daughter.

Covers may differ slightly depending on studio release