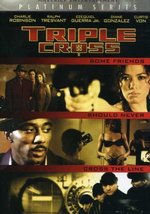 Triple Cross Dvd added to cart. Only one available in stock 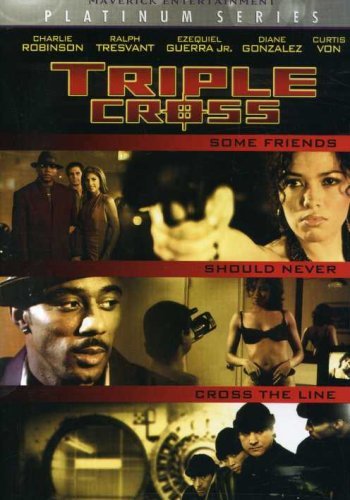 Crafty club owner Alex, played by well known actor Charlie Robinson (Night Court, Antwone Fisher, Set It Off), and his right hand man Sonny, played by Ralph Tresvant (Barbershop Blues, lead singer for the recording group New Edition) team up with a trio of Hispanic thugs, the Bandidos, to carry out their gangster activities using Alex's club as a cover. But when Bandido's leader Eduardo falls in love with a woman involved in their last robbery, their alliance is soon jeopardized. Realizing that Eduardo isn't taking heed to his warnings, Alex decides to get rid of the Bandidos. Feeling betrayed, the Bandidos decide to force a showdown on Alex and Sonny. Who will prevail in the final confrontation?

Ws or FsAll used  disks are professionally refurbished and test played before shipping and will play  well in most machines.