Vulgar Vhs added to cart. Only one available in stock 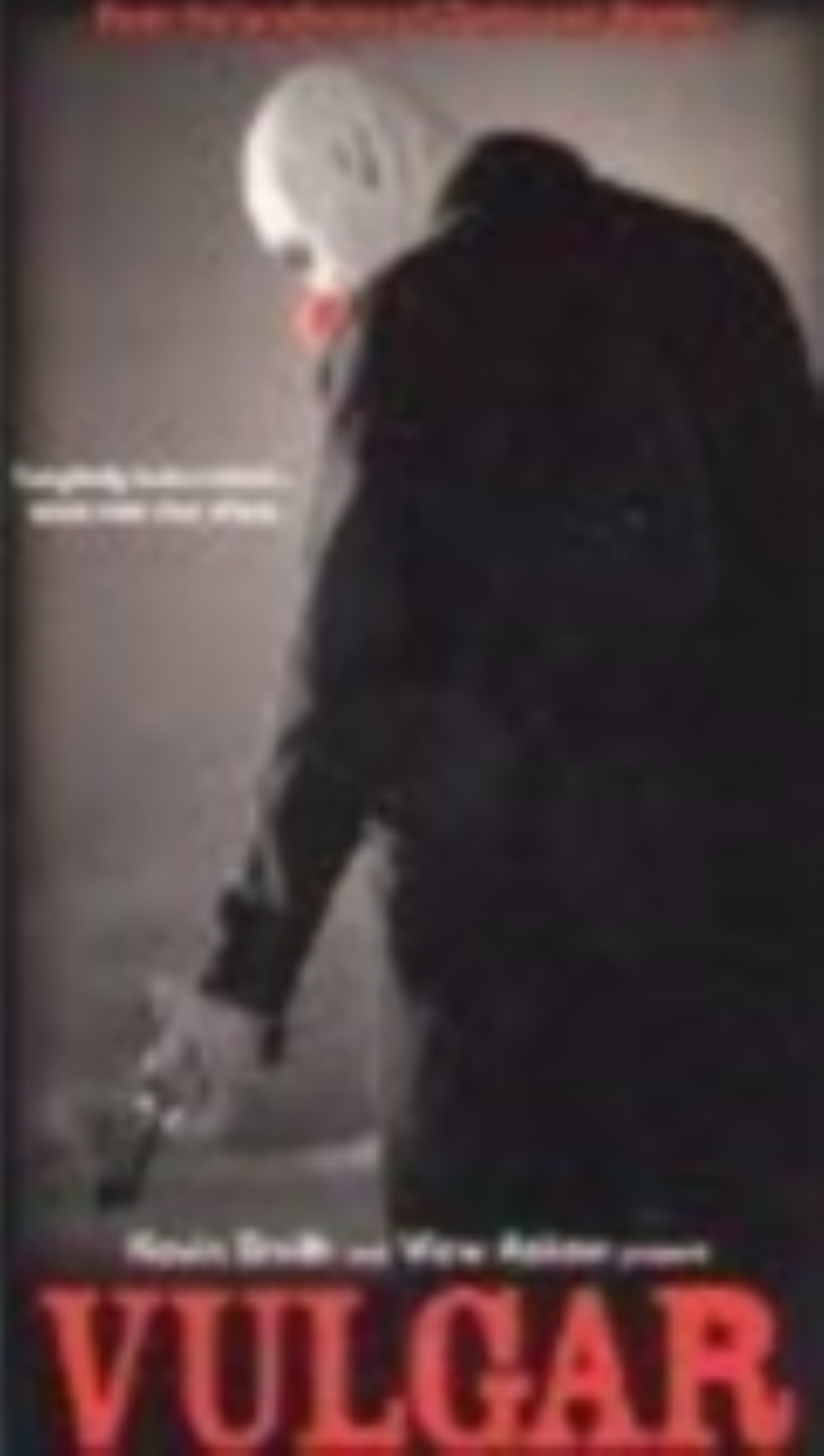 First-time writer-director Bryan Johnson may be best known as a member of filmmaker Kevin Smith's View Askew universe (he played Steve-Dave in MALLRATS and DOGMA), but those expecting VULGAR to be another version of CLERKS might be surprised by this off-kilter drama that is best described as Bozo the Clown meets DELIVERANCE. Brian O'Halloran (Dante from CLERKS) plays Will, aka Flappy the Clown, an earnest, downtrodden guy desperately trying to make a living as a clown. Will is a constant target of abuse--from the drunks flinging projectiles on his ratty lawn to his nursing home-bound mother's streams of vitriol. Barely scraping by, Will has an "epiphany" about how to make more money--by hiring himself out for bachelor parties as Vulgar, a clown sporting a bustier and garters. On his first outing, Will instead finds himself in a terrifying situation with the psychotic Ed (Jerry Lewkovitz) and his two inbred sons. After a life-changing violation that Will only reveals to his friend, Syd (Johnson), some luck finally comes his way via a television executive (a cameo from Kevin Smith). However, more trouble awaits the put-upon clown in Johnson's dark, disturbing tale.