What's My Favorite Word by Too Short Cd 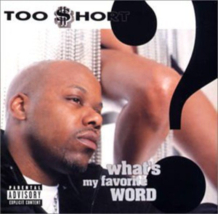 What's My Favorite Word by Too Short Cd added to cart. Only one available in stock 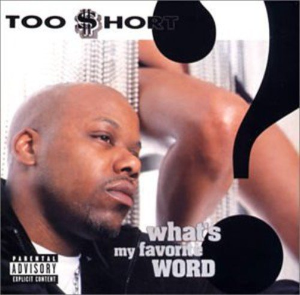 What's My Favorite Word by Too Short
Wow!! Many rap fans know Too Short from his countless guest verses on just about every rapper's album, from East to West to Down South. The man has been a legend since the early 90's.... However, those verses do not reflect the man's talent to the fullest. His albums do. And this one, which I consider one of his last truly great albums, shows it. I think it's much better than Married to The Game (which was a hit and miss), and at least on You Nasty's level. On What's my favorite word, Too short is very FOCUSED. I think that's the best way to describe him. It's just a perfect album, and each song has it's own theme, it's own subject. It's NOT only pimps and hoes, not by a longshot!... Some songs are about him being a player, some are about playa haters, some are more "gangsta" related, and a few of them are even showing love for the ladies (Female players and she loves her). There are two things that really stand out on this album. First - The production. It's just Bay Area funk to the T. And you know what, Too Short himself produced many of the best songs on the album. I guess working for many years with guys like Ant Banks and Shorty B teaches you a trick or two. The guy is just talented and he has a way of creating or choosing the best beats. Second - His rapping skills. Say what you want about Short, and his lyrical skills, but the man has one of the best flows in the business. He can switch his rapping to fit the beat perfectly. He can change his voice, his speed and he just know exactly how to sound right (and different) on each verse. There are quite a few guests on this album, but I don't think any of them really outshines Short. For the last 10 years or so, his verses and album have been lackluster at best, but on this 2003 album Short bring his A game, and shows why he's been a legend since the last 80's - early 90s. You can listen to his one without skipping a track. I highly recommend this album to ANY Too short or West Coast rap fan. 4.5 stars for this one!
All used  disks are professionally refurbished and test played before shipping and will play  well in most machines.