When Animals Strike Back! Volume 1 Dvd 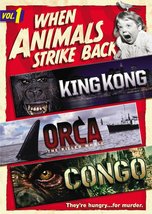 When Animals Strike Back! Volume 1 Dvd added to cart. Only one available in stock 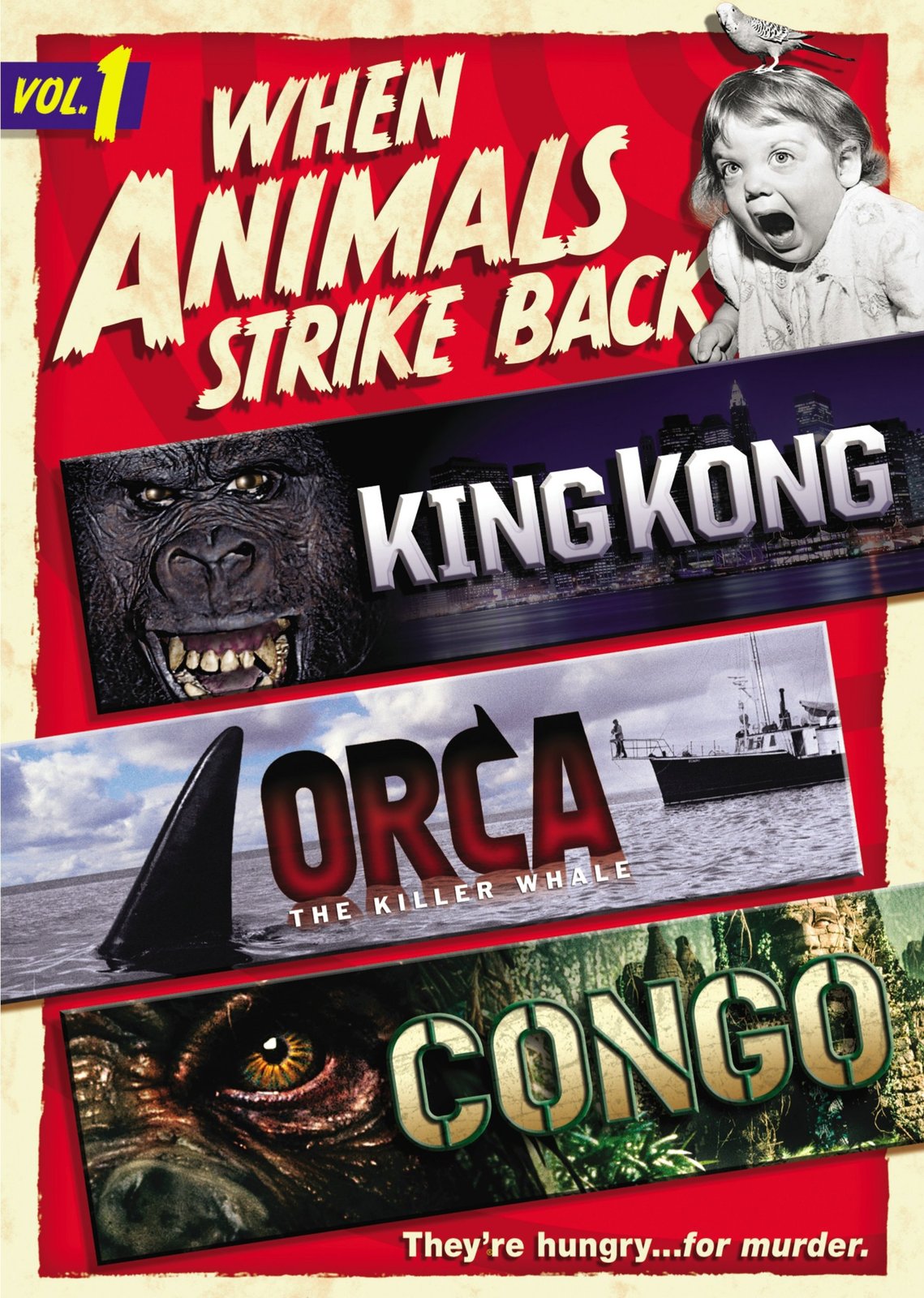 When Animals Strike Back!  Volume 1

KING KONG: The Big Apple is again besieged by the monstrous King Kong. Jeff Bridges and Jessica Lange star in this ambitious remake of the 1933 original, which adds a great deal of camp and good fun to the story. "King Kong" won an Oscar for special effects, and the horror and the thrills are brought anew to another generation in this classy production.

ORCA: THE KILLER WHALE: It's the epic tale of one powerful being against another; a strong, determined fisherman (Richard Harris) versus an equally determined whale. When the giant whale's pregnant mate is maimed and killed by Harris, in a variation on Moby Dick, the whale seeks revenge on the man. Orca smashes boats, collapses buildings, and even manages to cause enormous destruction by fire.

CONGO: Amy, a gorilla who was part of a university learning experiment, returns home. A professor (Dylan Walsh), electronics expert (Laura Linney), guide (Ernie Hudson), explorer (Tim Curry) and others follow the scampering ape. They know she will lead them to the place that's more than her home - it's the site of the fabled Lost City of Zinj and its diamond mines. But what they don't know can be fatal. Once they enter Zinj, they'll be the endangered species!