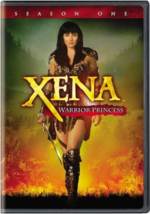 Xena: Warrior Princess - Season One Dvd added to cart. Only one available in stock 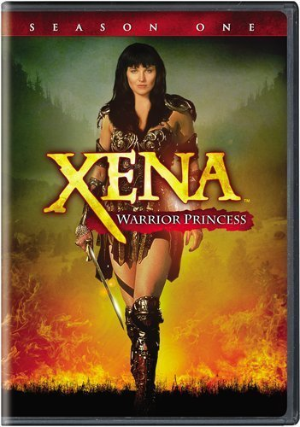 Xena: Warrior Princess is an American fantasy television series filmed on location in New Zealand. The series aired in syndication from September 4, 1995, until June 18, 2001. It has been praised by critics for its strong female protagonist and has since acquired a strong cult following, attention in fandom, parody, and academia, and has influenced the direction of other television series.

The series was created in 1995 by writer-director-producer Robert Tapert under his production tag, Renaissance Pictures, with executive producers R. J. Stewart (who developed the series along with Tapert) and Sam Raimi. The series narrative follows Xena (played by Lucy Lawless), an infamous warrior on a quest to seek redemption for her past sins against the innocent by using her formidable fighting skills to now help those who are unable to defend themselves. Xena is accompanied by Gabrielle (played by Renee O'Connor), who during the series changes from a simple farm girl into an Amazon warrior and Xena's comrade-in-arms; her initial naïveté helps to balance Xena and assists her in recognizing and pursuing the "greater good". In 2012 star Lucy Lawless confirmed her character Xena was from ancient Bulgaria, Thrace.

The show is a spin-off of the television series Hercules: The Legendary Journeys; the saga began with three episodes in Hercules where Xena was a recurring character originally scheduled to die in her third appearance. Aware that the character of Xena had been very successful among the public, the producers of the series decided to create a spin-off series based on her adventures. Xena was a successful show which has aired in more than 108 countries around the world since 1998. In 2004[citation needed] and 2007, it was ranked #9 and #10 on TV Guide's Top Cult Shows Ever and the title character was ranked #100 on Bravo's 100 Greatest TV Characters. Xena's success has led to hundreds of tie-in products, including, comics, books, video games and conventions, realized annually since 1998 in Pasadena, California and London.

The series soared past its predecessor in ratings and in popularity. In its second season it was the top rated syndicated drama series on American television. For all six years, Xena remained in the top five. Cancellation of the series was announced in October 2000, and the series finale aired in the summer of 2001. On August 13, 2015, NBC Entertainment chairman Bob Greenblatt said a Xena reboot was in development, with Raimi and Tapert returning as executive producers, with the show's debut sometime in 2016. Javier Grillo-Marxuach was hired as writer and producer for the reboot, but left the project in April 2017, because of creative differences. In August 2017, NBC announced that it had cancelled its plans for the reboot.